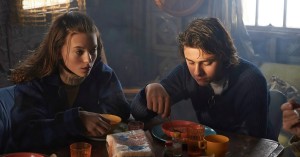 Social themes have had a huge impact, in recent years, on the whole industry of cinema, and just as other movies have done throughout the last years, Cross my Heart, the new movie by Luc Picard, insisted on one specific topic concerning social themes: childhood.
Fair enough, though it’s yet to be said what’s there, behind the intention of the story which grounds this movie, that makes this film different from many others which tried, even hard, to speak out realities such that of childhood. What is there to make Cross my Heart, particular, peculiar?
Its truth. It doesn’t speak about incredible acts about kids turning their world upside down; it doesn’t speak about a cruel tragedy turning in a fairytale-style happy ending; it doesn’t lose the focus on what would happen if what is told in the movie happened for real.
The story of Manon (Milya Corbeil-Gauvreau), a young girl from Montreal with an even younger brother, Mimi (Anthony Bouchard), has to go through the difficulties tied to the sudden worsening of their father’s health. He has cancer and without him looking after the family, money are not enough to support a family anymore.
Manon and Mimi’s mother is therefore forced to accept the social assistants’ decisions to assign them to foster families, an ending which would divide the two for good in different families and that Manon is not able – and does not want – to accept. That’s why she comes up with a plan, involving her cousins, Martin (Henri Richer-Picard) and Denis (Alexis Guay), the latter of the same age of Mimi, to take an english old woman living nearby as a hostage, to later claim through a statement her demands to be accepted.
What’s making this movie “true” in all this? The fact that the plan turn out not to work to publicly ask for demands to be respected by the authorities (demands as leaving Manon’s family together we suppose), but it becomes just a way to escape from a harsh reality which sees the city of Montreal occupied by the soldiers agains the FLQ’s followers, worsening an already tragical context which is that of Manon’s family getting torn up. 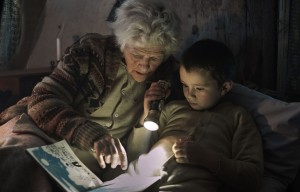 The old english woman, this way, turns out to become, with her own surprise, a sort of grandmother to the kids. Her relief at the moment of finding out she wasn’t kidnapped to be killed, but to be a grandmother while also being a hostage, puts her in the position of a woman who, after having lived a long life and having seen more than the kids could have done up to then, understands the reasons behind their act, embracing their mentality and realizing she also likes to be where she’s been taken, away from a family which has forgotten her, just cause she’s old.
This way the old meets the young sharing the need for love, in a piece of time and space distant from the rules of a society which doesn’t allow rules to be broken, not even in the name of love: An example is the lack of effort, by the social assistants, to at least find the same family for Manon and Mimi.
Though, the story, as said, isn’t far from reality. The four kids, and the kidnapped old women, after a brief period of joy and freedom in Saint-Zenon, where they escaped, are found by the police and taken back to their families and to the same reality they ran from. Manon saying that it happened cause the police was stronger than them is the brutal truth spit to the face of her brother, while he asks for her to keep telling him the dream they had of freedom didn’t stop there.
That’s the truth, that’s the pain, that’s the confrontation of dream and reality, the same reality which leads Manon to speak against the statue of Christ in the church, cause he didn’t help, cause sometimes, things just don’t go the way we expected, even when we prayed to be saved from bad things.
That’s the truth, confronting to the dream which Manon is willing to keep alive in her brother’s life, escaping from the institute where they put her and taking back her brother from his foster family, in secret, during a snowy night, walking with him with no direction, to a place where the freedom they felt together could exist, their own “Disneyland”.
The accurate rhythm of the screenplay (Nicole Bélanger) and the beautiful soundtracks (Viviane Audet, Robin-Joël Cool and Alexis Martin) powerful, and able to tell the light and smile of innocence, melt with the awesome performances of Milya Corbeil-Gauvreau and Anthony Bouchard, both authentic and, especially for Milya, ‘s performance, extremely strong and powerful at the moment of portraying a frame of reality from the paper to the camera.
As it presents an escape from reality which is felt as missing, especially nowadays, and especially in childhood, Cross my Heart wears a funny costume to represent such a reality – a bit like the Mickey Mouse costume which Mimi desperately desired – to describe joy, freedom and love with a heartbreaking film, which literally cross our hearts.

For the Berlinale, Mattia Serrago 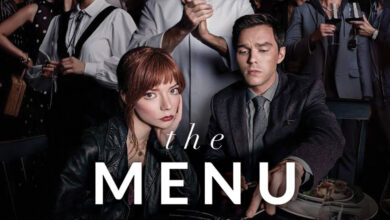 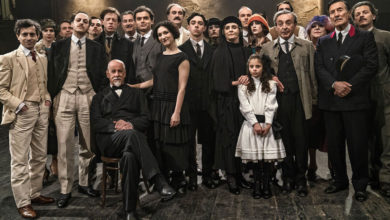 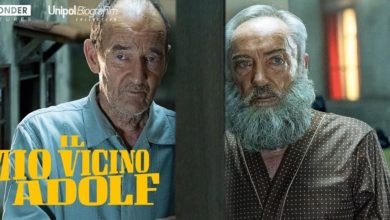 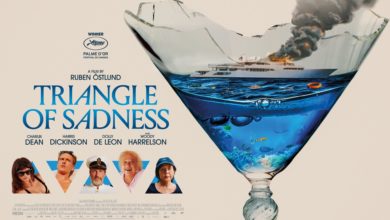