Cinequanon (Guido Negretti): We, as spectators, usually receive movies as a finished product: what you see is what you get. With your books, you delve deeper into the process behind (and, why not, beyond) the creation of a work of art. How would you describe your work? An analysis of the inner workings (that is, the structure) of the movie-making process?
J.W. Rinzler: In my books I’m telling a story. I try to make it as entertaining as I can and to make it work. Although it’s nonfiction, you’re still dealing with character and development, pacing, scenes, acts, dialogue and, in this case, illustrations. The latter part, telling the visual story, is as important as the writing. The captions make up their own novella. It all has to fit together to create an enjoyable experience for the reader to work. I’d also describe the books as, hopefully, inspirational: I’d hope that the moviemakers’ stories inspire others to do their own creative work and create more stories.

Cinequanon: Writing about movies is a process that tries to deconstruct (that is, open up and analyze) something that presents itself as solid, as a complete product. During your research, did you happen to stumble upon something new, uncovering details that would have gone unnoticed, or did you find just with what you already expected to find? 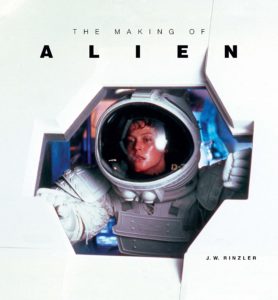 JWR: I never go into a project with preconceived expectations. I learn while doing the research, and I tell the story that the research and interviews and production materials reveal. To impose a point of view would be dishonest. So while writing each book I’m surprised and continuously making discoveries new to me, for example, that George Lucas self-financed preproduction on Star Wars, that it took years for Arthur Jacobs to sell to a studio Planet of the Apes, that Ridley Scott considered killing off Ripley, and so on.

Cinequanon: Your body of work centers mainly on science-fiction (Star Wars), horror (Alien) and pure adventure (Indiana Jones). What led you to focus on this kind of movies, that is, the re-elaboration of the old pulp movies (and books)?
JWR: The publications are a mirror of what fans, studios, and publishers want and think is going to sell. Fans often write to me and ask for a book on a certain film but in reality it’s not my choice. I love the films I’ve written about, but it’s been deliberate only to a point. I wasn’t the original author hired for Episode III, but once I ended up writing it and getting to know George Lucas – and learning from him that he wanted a number of books published related to Star Wars and otherwise, it all came together. For over a decade, the Lucasfilm books flowed. I pitched to George the making-of books, but for the publisher each new green light om a book depended on the former’s sales.
Since I left Lucasfilm I was able to pitch Planet of the Apes to Fox, then Fox pitched me Alien and Aliens; I have partners who have really helped, too: Brandon Alinger of Prop Store brought me the Rick Baker and Howard Kazanjian books, while Lee Unkrich and I collaborated on the Shining book. All Up finally found a publisher thanks to my agent, Peter Beren. It’s ongoing… I hope to write one or two more.

Cinequanon: Who would you say your readers are? What I mean is, are your books written and edited taking into consideration just the “fans”, those who love (sometimes worship) the movies you analyze, or can we say that even though part of your audience are those we call “fanatics” (in a good sense), your goal is to reach as many readers as possible, no matter where they come from? In other words, when writing your books, who was your “ideal reader”?
JWR: I write for as many people as I can. I write for those who love the films, the director, the actors, the VFX, the design or all of the above. I write for those who are interested in art and the possible meanings of the films. I write for this generation, my generation, and future generations some of whom I hope will still be interested and enjoy cinema once technology has replaced it. I’d think it’d be fascinating to watch a movie in 500 years. It’s already mind-blowing to watch old films from 1940s or earlier shot on locations and to study previous behavior and mindsets and their evolution.

Cinequanon: All Up is your first novel, and it mixes actual history with fiction and speculation. Can we say that here you are once again dealing with the pulp genre? What do you wish your readers take from reading All Up? How important is the joy we get from dealing with intelligent escapism? 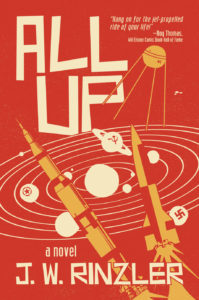 JWR: (second novel: indy and the mystery of mt sinai was first, though licensed) Like many people these days, I’m concerned with our survival as a species. It sounds pretentious, but we each have to do our part; as much as I’m a solitary person I recognize that we are all in this together. We’re capable of the most astounding works of art and the most horrible depravities. We prefer to be kind but suffer from profoundly ignorant cultural customs and endemic child abuse, psychological and sexual.
Personally I’d prefer more kindness and art, to that end we need to end this child abuse. Because we can’t end child abuse completely we need to diminish it as much as possible. All Up is about our specie’s first steps to the stars, and how these first steps were made by very damaged, abused anti-heroes, most of them. Incredible characters and events went into that first Space Age, created by perverted monsters and visionary genii, as we slowly evolve from ignorant, violent brutes into a wiser, more emotionally mature spacefaring species. Today, we are beginning to re-discover many secrets, making fantastic innovations, and moving outward very quickly now into a second space age.
Writers and artists constitute the first wave of that future, as they always have, through the exteriorization of imagined things from the currents of thought. Some currents come to pass and some don’t. Artists and visionaries present the buffet courses, in a sense, and future generations choose what to serve themselves from that menu and other menus. So I don’t think about genres; genres exist only temporarily and then most art – even the most amazing “mandalas” – disappear forever. What timeless art remains becomes better and better with each viewing, changes meanings, reveals truths unimagined by the artist, until it too disappears from this dimension, while all is preserved in other realms. 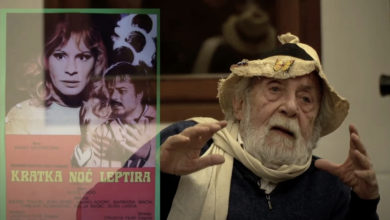 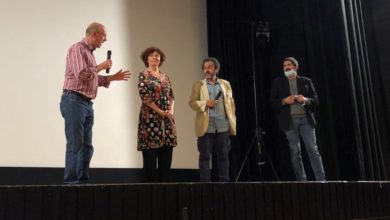 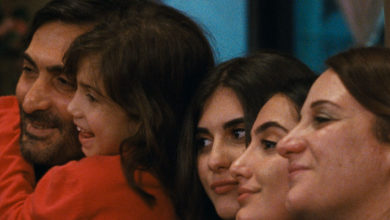